Last year, before the pandemic brought global travel to a halt, Sabrina Dhowre Elba and her husband Idris, visited Sierra Leone – where the actor’s father was born – to meet farmers being supported by the UN’s International Fund for Agricultural Development (IFAD).

More than 65{d9cf345e272ccae06ddf47bdd1d417e7fd8f81a9d196cc6ace4cb20fad8f4c22} of the world’s poor working adults make a living through farming, meaning agricultural development is crucial for ending extreme poverty, reducing food insecurity and feeding the world.

COVID-19 has only intensified food insecurity and global hunger, according to the UN Secretary-General António Guterres.

“The pandemic is making life so much harder for farmers across Africa and rural areas around the world,” says Dhowre Elba, a Canadian model and activist, inspired to help others by her own Somali mother, who brought up five children on her own.


In April, the high-profile couple were designated UN Goodwill Ambassadors, with a mandate to raise awareness on food security and climate change, and launched IFAD’s $200 million COVID-19 relief fund for rural communities.

Along with IFAD and many others, the World Economic Forum has co-led the Bold Action for Food as Force for Good event ahead of the UN 2021 Food Systems Summit. It aims to identify game-changer initiatives and create a global network of leaders to drive change for sustainable food systems.

Growth in the agriculture sector is two to four times more effective in raising incomes among the poorest compared to other sectors, according to the World Bank.

Why is supporting smallholder farmers so important?

People don’t realize how important smallholder farmers are. They really are the silent heroes of this world. Not only do they produce 80{d9cf345e272ccae06ddf47bdd1d417e7fd8f81a9d196cc6ace4cb20fad8f4c22} of the food consumed in Asia and sub-Saharan Africa, but they also feed the people and children who are most vulnerable to hunger. So they are crucial for developing economies and creating jobs in rural areas all around the world. And we need their help right now. As we all know, these are incredibly challenging times.

Due to COVID-19, hunger is rising and poverty is expected to increase for the first time in more than 20 years. That’s frightening to hear. And we all know climate change is threatening our global freshwater supplies and our ability to grow the food we eat. But you also have land degradation and deforestation from bad agricultural practices. All of these things make it harder to produce healthy food from the depleted soil. And then you have rural people, especially small-scale farmers and producers. They’ve done nothing to create these conditions, but they are struggling to produce enough food. They’re struggling to even feed themselves in this crisis.

How is the UN’s support transforming some farmers’ lives during the crisis?

IFAD is on the ground in more than 100 countries working to eradicate rising hunger by empowering small-scale farmers to produce more food and to produce it sustainably during this crisis. So they’re helping them to access finance for their business, to stay afloat or to connect them to markets to sell during lockdown, and giving them the seeds and tools that they need to plant for another season – which obviously, in turn, means that more children have food and more communities can survive until everything returns to normal.

New technologies could help our food systems become more sustainable and efficient, but unfortunately the agricultural sector has fallen behind other sectors in terms of technology adoption.

Launched in 2018, the Forum’s Innovation with a Purpose Platform is a large-scale partnership that facilitates the adoption of new technologies and other innovations to transform the way we produce, distribute and consume our food.

With research, increasing investments in new agriculture technologies and the integration of local and regional initiatives aimed at enhancing food security, the platform is working with over 50 partner institutions and 1,000 leaders around the world to leverage emerging technologies to make our food systems more sustainable, inclusive and efficient.

Learn more about Innovation with a Purpose’s impact and contact us to see how you can get involved.

What did you learn on your trip to Sierra Leone?

It’s one that we’ll never forget – and I wish that every person could see how hardworking and hopeful these farmers are and how the solution to ending hunger exists. Already we know what works. We’ve talked to the people there. We just need citizens to learn more about these issues and our governments and leaders to invest in another way of ending global hunger, to not just give out aid. I think the era of aid is dead. This requires investing in agriculture and small farmers to plant in a way that is sustainable and feasible for them.

This year and next are going to be the most important years for financing food security and agricultural development. Governments have the chance to commit funding to agriculture and food security for the world’s poorest people and nations. So we’re calling on governments to double their funding, to prevent rising hunger and to shift how we fix these global food problems by investing more in smallholder farmers, by empowering people on the ground who grow the world’s food. This is about people. This is about our food. This is about our planet. I have never been more hopeful that there is another way to fix this food crisis.


How are the people you met in Sierra Leone coping in the pandemic?

I recently heard from Isatu, a farmer we met on our trip. She says her community is more concerned about dying from hunger than from the virus because restrictions on movement meant that farmers were not able to get their crops to market. And without an income, they haven’t been able to buy food for their families or seeds for the next planting season. She has four children. They’re no longer in school because she can’t afford the fees and they’re having just one small meal a day. Even though she still takes vegetables from her garden to market every day, she says there’s few customers and prices are low. But she still considers herself one of the lucky ones.

Supported by IFAD, she’s been able to extend her acreage and plant rice and boost the resilience of seeds. She reminds me of my mum: strong, resourceful, determined to give her children a better future, which is exactly what my mum did for us when she moved from Somalia to Canada. But she never lets us forget the things that we took for granted – school, food on the table, shoes, even. These things are being denied to too many children. We’re working to try and get people to empathize with these children and understand the situation, because to them, it’s a reality and it’s far too often taken for granted.

What can governments and world leaders do?

I truly believe investing [in smallholder farmers] is the best way to beat rising hunger and that we need to change the system. It needs a complete overhaul. To many people, smallholder farming in Africa seems like some other world, but we all need food to survive. The world’s food systems are so powerful, but they are so precarious.

The global pandemic is a perfect example of how we’re all connected and how our individual actions, big and small, impact us all. But it also shows how a clean environment and healthy food is vital to building up our immune systems. We all care about health. Global hunger is a solvable problem. So is global malnutrition and global obesity. There’s enough food, but the overall system is broken and it’s hurting a lot of people along the way.

What can people do to help change the food system for the better?

I think it’s time to open our eyes. We need to start caring about what we buy at supermarkets and what programmes our governments support. We have incredible power, both as consumers and citizens, to buy and purchase healthy food that keeps us well and doesn’t hurt the environment. We also have an obligation not to avert our eyes to the injustice that is happening within our food systems, both at home and abroad.

We need to call on governments and leaders to put in place policies and systems that take care of vulnerable farmers and ensure access to clean water and fresh food for us all, because we all need food to survive. But the days of being disconnected from where that food comes from, I think that’s over. People are rising up to injustice everywhere. We cannot close our eyes to the people and communities who are isolated in remote rural areas and who produce food and are suffering most, from poverty and inequality, because they have no voice. They are being impacted the most. And if they fail, we fail.

Vegan meal plan: 7-day plan packed with protein and vitamins B12 and D

Tue Nov 24 , 2020
A healthy vegan diet should consist of nutrient-dense whole foods, like fresh fruits and vegetables, as well as plant-based proteins from foods like beans, nuts, and legumes. B12 and vitamin D are the most common nutritional deficiencies on a vegan diet, so it’s important to make sure you’re getting enough […] 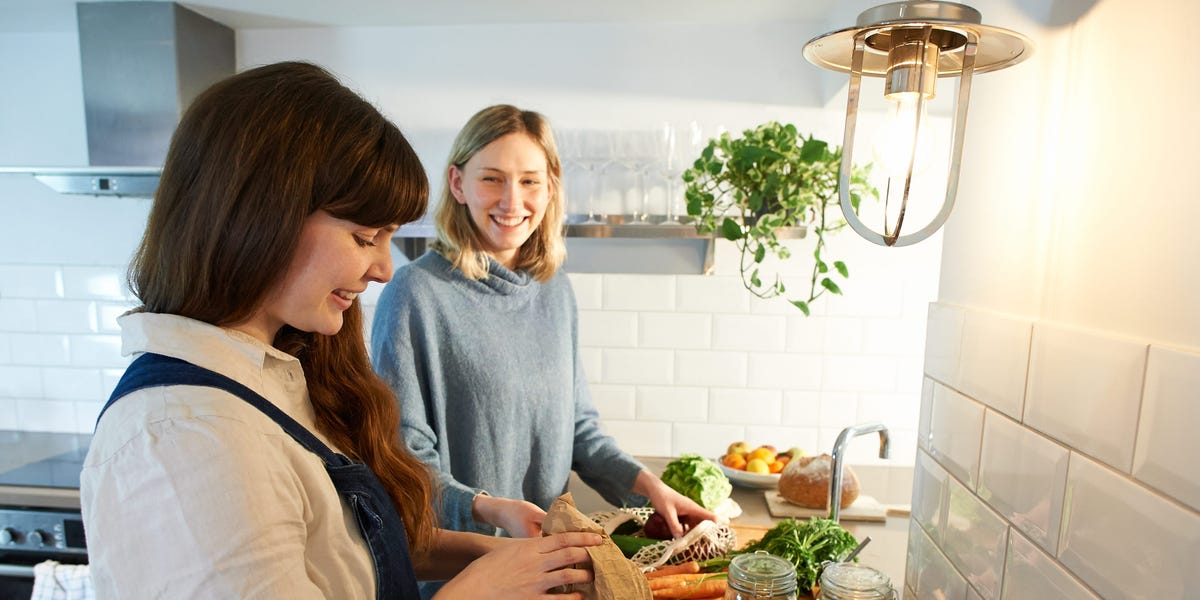