This stay-at-home year has translated, at least for me, to more time spent in the kitchen, baking and cooking comfort food, and to feeling nostalgia for restaurant chatter. Of the plethora of food-filled books published this year, these are some of my favorites, selected so there will be, hopefully, a morsel for every reader—those in search of new recipes to add variety to their quarantine kitchens, people seeking to experience travel through taste, the chemistry-curious, and others striving to make sustainable and healthy food choices.

The Man Who Ate Too Much: The Life of James Beard


This riveting biography chronicles the life a towering figure in American cookery, tracing James Beard’s rise to culinary fame from his boyhood in the Pacific Northwest to catering gay cocktail parties in Manhattan to the publication of an American culinary Bible, James Beard’s American Cookery. While Beard was gay, his closeted public persona became that of a “sexless bachelor,” two-time James Beard Award-winning author John Birdsall writes. His book pulls back this veneer to show a more complete portrait of Beard’s life, examining the cook’s use of coded language in early cookbooks and his place in New York City’s LGBTQ community. Birdsall’s multi-layered account also doesn’t shy away from darker parts of Beard’s life. The language itself is as rich as Beard’s fried quail. Birdsall describes his subject’s love for butter-saturated oysters, for instance, “hissing and foaming, edging into brownness, with a scent so rich it would seem capable of tinting the air gold.”


Sami Tamimi, a co-founder of London’s famous Mediterranean Ottolenghi restaurants, and Tara Wigley, a food writer and Ottolenghi alumna, delve into the food of Tamimi’s homeland, Palestine. (There is no letter “P” in Arabic, they explain of the book’s title.) The recipes in the cookbooks—like chicken shawarma pie, labneh cheesecake and tamarind-slathered eggplant—are intended to be doable for home cooks, with friendly notes about what can be prepared ahead of time, and paired with enticing photography of herb-studded food. Falastin also seeks to capture the political reality of life in an embattled land through vignettes about the people who live and cook there, from Islam Abu Aouda, a woman who offers cooking lessons in a Bethlehem refugee camp, to a family of farmers enmeshed in lawsuits to keep their land on the West Bank.

How to Be a Conscious Eater: Making Food Choices That Are Good for You, Others, and the Planet


This digestible book is meant as a one-stop guide for people who have wondered about how to eat responsibly and ended up in the “dark, dank rabbithole of twenty-seven different browser windows” with no good answers. Sophie Egan, a journalist and director of health and sustainability for the Culinary Institute of America, isn’t interested in strict moralizing—she offers guidance for the “conscious carnivore,” for instance—but rather helping readers decipher ingredient lists and nutritional claims. She explores the phenomenon of “food fraud” (like cutting Parmesan cheese with wood pulp), points out that a bar of chocolate takes a whopping 450 gallons of water to produce and offers a list of numbered tips for reducing your reliance on single-use plastics. As evidence of the 270-page book’s practicality, each chapter concludes with a bulleted “Top 5 Takeaways” list and an appendix of other trusted resources readers can turn to for more information.

In Bibi’s Kitchen: The Recipes and Stories of Grandmothers from the Eight African Countries that Touch the Indian Ocean


Somali-American cook and food entrepreneur Hawa Hassan’s debut cookbook welcomes readers into the kitchens of dozens of bibis—the Swahili term for “grandmother”—from East Africa. In Bibi’s Kitchen, write Hassan and her co-author Julia Turshen, “is not about what is new and next. It’s about sustaining a cultural legacy and seeing how food and recipes keep cultures intact.” Each section opens with a brief history of each country and features interviews with each matriarch, asking the women about their culture, cooking and what home and community mean to them. Ma Penny, originally from Kenya but now residing in Massachusetts, shares a recipe for mukimo (mashed green split peas, corn and potatoes) while Ma Zakia fixes up a fudgy wedding sweet in Comoros. I tried out Ma Shara’s recipe for Tanzanian stewed eggplant, and it’s just as homey and celebratory as the cookbook itself feels.


Some may say it’s cheating to include an anthology of standout food writing on a best books list, but to that I say: Think of it as a sampler platter. This mélange of food journalism includes historian Cynthia Greenlee’s account of “How Grits Got Weaponized Against Cheating Men,” New York Times writer Kim Severson’s profile of celebrity chef Jamie Oliver, and Washington City Paper food editor Laura Hayes’ exploration of how restaurants often fail to address the accessibility needs of disabled customers. The collection also tackles thorny questions of “authenticity,” with Texas Monthly taco editor (that’s right, taco editor) José Ralat recounting how a debate over authenticity threatens the homegrown tacos of Kansas City while food educator Sara Kay takes on how “authenticity” and racist stereotypes often go hand-in-hand in Yelp reviews.

The Flavor Equation: The Science of Great Cooking Explained in More Than 100 Essential Recipes


Filled with fascinating factoids and mouthwatering recipes, Nik Sharma’s new book outlines the scientific building blocks of a delectable meal. Sharma draws on his background in biology and chemistry and upbringing in Bombay (now Mumbai) to present a comprehensive and clear theory of cooking, complete with eye-catching diagrams about the properties of different sweeteners or the minute-by-minute chemistry of boiling an egg. He explains the Maillard reaction that occurs when food cooks and why blanched greens retain their vibrant hue but overcooked veggies turn a dull olive. To me, the book, with a trove of flavor-rich recipes like crab tikka masala dip and chocolate miso bread pudding, seemed like a cousin of the fantastic Salt, Fat, Acid, Heat. (Each recipe comes with notes breaking down why it works; the pudding, for instance, has coffee to bring out the chocolate, a sweet-salty note from the miso and a punch of tartness from the dried cherries.)

Cool Beans: The Ultimate Guide to Cooking with the World’s Most Versatile Plant-Based Protein, with 125 Recipes


Washington Post food editor Joe Yonan’s legume-centric cookbook debuted just a month before Americans panic-purchased pounds of beans from their supermarkets’ shelves, making it a collection of recipes well-suited to 2020. Drawing from bean preparations across the globe, Yonan presents an impressive array of ideas for incorporating beans into a tasty, plant-based meal. There are the usual suspects—many types of hummus and bean-and-rice dishes—as well as cannelini canneloni, Georgian bean-stuffed bread and lupini bean ceviche. Yonan works beans into desserts and even drinks—his salty margarita sour puts aquafaba, the liquid that comes with a can of garbanzo beans, to use instead of egg white. Yonan also answers pressing bean questions—To soak or not to soak? Is there a way to reduce beans’ flatulence potential?—in zippy prose.


Even if you haven’t waited in the long lines for Xi’an Famous Foods’ famously spicy noodles (and you’ll find the recipe for those and many others here), this account of how a restaurant empire was born from a street stand in Flushing is engrossing. In between recipes, Jason Wang, the New York City mainstay’s now-CEO, and writer Jessica K. Chou tell a story about Xi’an, the “city of fiery desert food” Wang’s family left in the ‘90s for America, and how his impetuous father, David Shi, bounced between restaurant jobs cooking “the type of Americanized Chinese food we’d never eat at home” until he eventually opened the first XFF in 2006. Shi’s rendition of the food of Xi’an caught the attention of scores of New Yorkers, among them Anthony Bourdain. Wang’s voice is conversational, peppered with cussing, a bit of braggadocio and bluntness about the realities (unclogging grease traps; the basement apartment his family shared) of the restaurant industry and his immigrant experience. The entire book has the cadence of an assured Food Network documentary, with a liberal dose of extra-spicy chili oil on top.

The Secret Life of Groceries: The Dark Miracle of the American Supermarket


Benjamin Lorr’s exposé opens with the cleaning of a Whole Foods fish case: crystal-clear ice and fresh fish cuts on top of a putrid, rock-hard layer of frozen fish sludge. Based on five years of immersive research, including infiltrating an industrial swine farm and accompanying a female trucker, Lorr’s expansive book digs into the place the average American will spend 2 percent of their lifetime—the grocery store. He meets with the Trader Joe, writes about how modern-day slavery is part of the complex Thai shrimp supply chain and lays bare the danger and exploitation of the trucking industry. Lorr’s frank tone and detailed descriptions carry the reader through the splendor and horrors of your neighborhood retailer.

The Mexican Home Kitchen: Traditional Home-Style Recipes That Capture the Flavors and Memories of Mexico


Beloved food blogger Mely Martínez started recording the recipes she’d accumulated in her travels throughout her home country of Mexico for her son, so that he could replicate her food himself. But, she writes in her first cookbook, “I realized that I wasn’t only writing these recipes for my son, but also for the many immigrant sons and daughters who were missing the home-cooked meals of their childhoods.” Accordingly, the recipes in The Mexican Home Kitchen are tried-and-true, comforting staples: nopales (cactus paddles), both sweet and savory tamales, menudo (tripe soup) and salsas galore. Sourced from varying regions of the country, Martínez’s recipes include both simple, everyday fare and special-occasion showboats, with notes on easy substitutions if an ingredient proves hard to come by.

Having trouble seeing our list of books? Turn off your ad blocker and you’ll be all set.

By buying a product through these links, Smithsonian magazine may earn a commission. 100 percent of our proceeds go to supporting the Smithsonian Institution.

Jennifer Grey Shares Her Inspiring Approach to Wellness and Aging

Wed Nov 25 , 2020
I get to interview a lot of celebrities and experts for my job—hands down one of my favorite things I do—but not everyone makes me feel the way Jennifer Grey did. I had actual goosebumps and that rush of endorphins you get when someone really inspires you. At 60 years […] 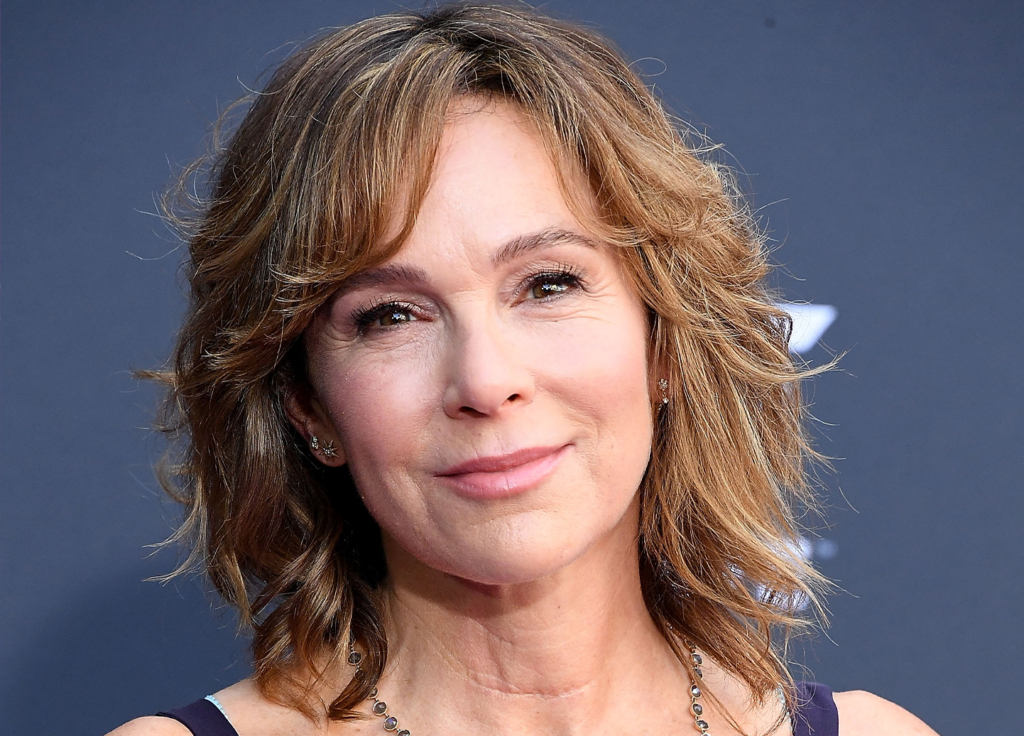