Mel and Sue Awes spent the last weeks of their lives in a shared double room in Fairview Southdale Hospital’s ICU — sedated and on ventilators fighting COVID-19 complications.

The Edina couple began dating when they were students at the University of Minnesota. In six decades of marriage, they had done everything together: moved around the country, raised five children, built careers in sales, amassed a passel of friends.

Breaking with protocol, the hospital staff drew back the divider curtain and placed the couple’s beds feet-to-feet, a few yards apart.

In the face of an inhumane disease, it was a humanizing gesture, one that brought their loved ones great comfort. “Mom and Dad were Frick and Frack, they were always together,” their son Ben Awes of St. Paul explained.

“We were relatively untouched,” he said of the period before the virus infected his parents, who passed it to his brother’s household. “And then it hit our family with a fury.”

As COVID-19 has ravaged the elderly, couples who have spent nearly a lifetime together are dying together — days, sometimes hours apart. For some families left behind, the unexpected double losses are even more painful because a vaccine that could have prevented many of these deaths was almost within reach.

But amid the heartache, they sometimes find comfort.

“It’s a mixed bag of grief and gratitude,” said Carla Smith of Independence, Minn. Her parents died Dec. 6, just seven hours apart in the same nursing home room. “Neither of them had to grieve and live without the other.”

Mary Agnes and Jim Smith moved out of their Independence home into a long-term care facility as their health issues required more care. Although they slept in separate rooms, the couple who had been together for 65 years were almost inseparable during the day, sharing meals, joining activities and spending time together to talk and hold hands.

“They were completely intertwined with each other,” daughter Carla Smith said.

When the couple tested positive for COVID-19 just before Thanksgiving, Mary Agnes Smith’s decline accelerated. As she slept, her husband pulled his wheelchair close to her bedside, talking to her, patting her on the arm. At times, he sang words of comfort: “I love you. … Hallelujah. … It’s a good day.”

“He was just trying to connect to her and make her happy,” Carla Smith said.

But eventually, he fell silent as COVID-19 took its toll, she said. He was sleeping when his 93-year-old wife died. Hours later he, too, passed.

He had recently turned 90 years old and said he intended to live to 100.

“They’re both gone and my life changed abruptly,” Smith said. “I just thought I would have more time with them.”

Adrian and Jackie Kapsner were wedded to their lifestyle as much as they were to each other.

“They dearly loved each other,” said son Matt Kapsner of Sweetwater Creek, Colo. “They had a symbiotic relationship. They got from one another what they didn’t have themselves.”

Jackie brought a love of art, music and books to the union while Adrian brought a love for skiing, golf and travel. “They gave value to one another’s lives,” Matt Kapsner said. “They were attached at the hip.”

But when COVID-19 hit, the social isolation imposed to stop the spread of the disease chipped away at the very things that kept the Kapsners and many others their age active and engaged.

“COVID shrunk their entire life and that was sad,” said their daughter, Kitty Kapsner of St. Louis Park.

Meanwhile, health issues began taking a toll on 85-year-old Adrian Kapsner while a tumor on his wife’s spine caused balance and mobility issues for her. Surgery and rehabilitation remedied most of that for Jackie Kapsner, 81. The long-term prognosis for her husband, however, wasn’t as good.

The couple moved out of their Edina home in October and into a Golden Valley senior living community where Adrian Kapsner got round-the-clock care on the first floor and his wife got the help she needed in a fifth-floor apartment.

Weeks after moving in, they tested positive for COVID-19. Eventually, breathing became difficult and the pain unbearable.

Taken to the hospital, Jackie Kapsner improved, then abruptly worsened. She died Dec. 3 as a nurse held her hand.

“I was prepared to lose my dad this year,” Kitty Kapsner said. “His heart was failing. But I never thought my mom would die. … I look at her obituary every now and then because I still feel like my mom is going to call me again.”

With little time to grieve his mother’s death two days earlier, Matt Kapsner was on the phone from his Colorado home, struggling to say goodbye to his dad who was losing his fight with COVID-19.

“ ’Dad, we love you,’ ” Matt Kapsner said into the phone, crying and searching for words to ease his father’s pain. “I stopped my blubbering and told him, ‘Mom has died. Jackie isn’t here anymore. … You need to follow her.”

His father let out a painful gasp, later passing away in the early hours of Dec. 6.

Their deaths leave a gaping hole, said Chris Kapsner, the oldest of the four adult children, who lives near Boyceville, Wis., on the family farm. “These were tough days.”

As medical director of the emergency department at Abbott Northwestern Hospital, he has seen COVID-19 close-up.

“Becoming orphans at any age is hard,” Chris Kapsner said. “You’re accustomed to having your parents in your life and then it’s all gone.”

Mel Awes was a firecracker and a fun-maker, prone to spontaneity, whose energy filled a room. He was famous for calling every friend and relative on their birthdays and cheering Minnesota’s sports teams. Sue, a writer and folk painter known for her hospitality, exuded a quieter warmth and anchored her spouse.

At 81 and 80, respectively, they were vibrant and healthy, active in their church and charitable work.

Conversations with either could go from depth to hilarity, their children said. They wanted to know your story, accept you for who you were and be your biggest cheerleader.

Faith and family were the couple’s foundation. In a July blog post, Sue described her children and their spouses, grandchildren and great-grandchild as “the joy of our old age.”

When the coronavirus arrived, family birthday gatherings and vacations were curtailed, and the couple had only a few relatives in their bubble. In late October, after months of isolation, Mel and Sue attended a small indoor gathering, where everyone wore masks and socially distanced. A few days later, they began to feel ill.

By mid-November, both were hospitalized, and their children called for updates three times a day. Staff taped a paper heart on Sue’s window, which faced the parking lot, and loved ones gathered below it to hold vigil. One day, their youngest daughter sat in her car and watched “Notting Hill,” her mom’s favorite, as a way to connect. They prayed for a miracle but prepared for the worst.

The couple’s conditions slowly declined, in tandem: first Sue’s, then Mel’s, as if he were following her.

On Dec. 10, when it was time to say goodbye, the children entered their parents’ room to find that staff had positioned them side-by-side, hand-in-hand.

The children touched their parents’ skin and ran fingers through their hair. They listed every family member’s name and reminded them how much they were loved by each one.

Before the couple had been sedated, and could still speak with labored breath, Mel and Sue told their children they were not afraid to die. Sue went first and then Mel followed, about 25 minutes later.

Sharing the news on Facebook, their daughter Emily Awes Anderson of Minneapolis described her belief that her parents were now in a better place and the agony of being without them.

“What now for us,” she wrote. “And our Christmas, and New Years, and birthdays, and Florida, and Mondays, and Tuesdays, and North Shore, and drop ins, and growing ups, and years, and tomorrow, and this afternoon?”

You have limit - count - 1 articles left

Numbness and weak point in your arms or legs?

Mon Dec 28 , 2020
If you experience repeated numbness and weakness in your arms or legs, the issue might be in your back. More than time, the gradual put on and tear of the vertebrae protecting the spinal twine can direct to compression of the spinal twine or the nerve roots that run via […] 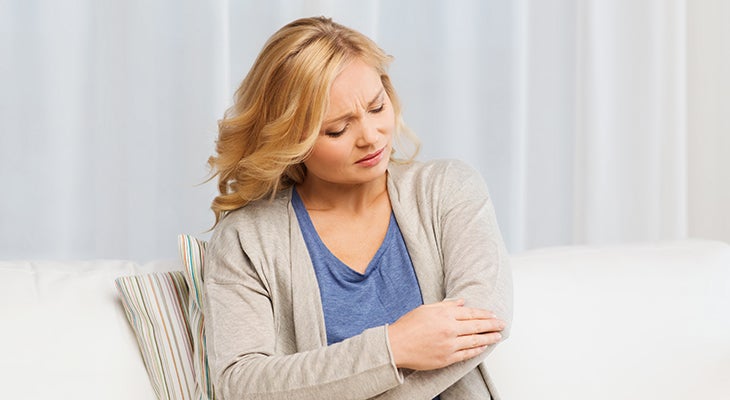