Diet may be the most controllable determinant of healthy aging

When it comes to healthy diets, we often think of a Mediterranean diet. Numerous studies have proven that this way of eating is superior to most others — especially to a typical Western diet.

Estop explained, “Studies have also characterized Asian diets as healthy. And in fact, many of the longest-lived people in the world are Japanese.  A high proportion of centenarians and supercentenarians (people age 110 and older) live, for example, in Japan. They also live near the Mediterranean sea in parts of France and Italy, and in the region of Spain Northeast of Madrid stretching north and westward to the north and western coasts above Portugal.”

Genes vary from region to region

People often attribute longevity to “just good genes”. But did you know, the genes of people who live longer vary considerably from region to region? Though the foods and diets of these people also seem varied, through extensive research, science has discovered that healthy agers in these regions share remarkably similar dietary characteristics.  Especially concerning some critical nutrients and their interactions with key genes.

One of the most significant dietary habits of people who live long is the avoidance of foods promoting excessive iron absorption. For example, the typical diet in such regions is low in red meat.

A diet low in red meat

People in such regions typically consume foods low or even deficient in iron, including unfortified white rice and pasta, and olive oil. In fact, foods “fortified” or “enriched” with iron aren’t typically even available in these areas. This is in contrast to the U.S., Northern, and Western Europe, where enriched white flour is often the norm. Throughout the areas along the Mediterranean Sea where there are long-living populations,  dietary staples consist of unenriched white flour bread and non-enriched semolina wheat pasta. And in Japan, the country with the highest concentration of centenarians, the very bedrock of traditional cuisine is non-enriched white rice. For well over a century in these regions, such refined, unfortified staples have provided more dietary energy (calories) than any other food. 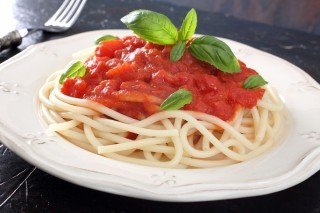 But wait, we’ve been told carbs are bad!

While the nutritional mainstream has blasted out the message that whole grains should replace all refined grain foods, many scientific facts suggest that whole grains are not as healthy as they appear. For example, whole grains tend to contain various unhealthy substances. These include more toxins and heavy metals such as arsenic, cadmium, and lead — than do refined grains.

The health risks of excessive iron

Estep explained further that “it’s no coincidence that the diets of the healthiest people are rich in foods that contain low levels of iron or inhibit iron absorption. We’ve reached a scientific tipping point in understanding the health impact of excessive iron accumulation, which raises the risk of neurodegenerative conditions, including Alzheimer’s and Parkinson’s Disease, cancer, cardiovascular diseases, and a host of other serious conditions.*

Essentially, every different major class of evidence has implicated iron in health risks, and the data have been accumulating for decades. The most credible kinds of evidence — molecular and genetic evidence, controlled feeding experiments of animal models, and even clinical trial data — have directly implicated iron in disease. To name just a few studies:

● Studies include that of distinguished biochemist Eugene Weinberg who documented excessive iron as a central cause of numerous diseases in his 2004 book, “Exposing the Hidden Dangers of Iron.”

● Another landmark 2015 study, a multi-center longitudinal study contributed to by hundreds of distinguished scientists, who conducted dozens of studies, concluded that iron plays a key role in the development of Alzheimer’s Disease (The Alzheimer’s Disease Neuroimaging Initiative, “Ferritin Levels in the Cerebrospinal Fluid Predict Alzheimer’s Disease Outcomes and are Regulated by APOE,” by Scott Ayton, Noel G. Faux, Ashley I. Bush. Nature Communications, May 19th, 2015). 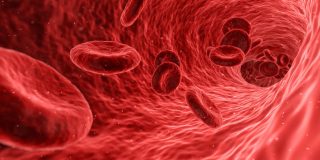 Dr Paul Timmers from the Usher Institute at the University of Edinburgh led a study into the impact of iron on health. He said: “We are very excited by our research findings as they strongly suggest that high levels of iron in the blood reduce our healthy years of life. Keeping these levels in check could prevent age-related damage. We speculate that our findings on iron metabolism might also start to explain why very high levels of iron-rich red meat in the diet have been linked to age-related conditions such as heart disease.”

How iron enters your body to potentially impact internal Organs

Iron typically enters your body through your diet. Both your diet and/or your genetic makeup can lead you to build up excess iron, potentially damaging your internal organs: Iron typically enters the body through the consumption of foods and liquids, which alone can cause an over-accumulation of iron. In addition, changes in your DNA, known as genetic variants or mutations, can also interact even with what seems like a diet moderate in iron to cause iron excess.

This causes the body to absorb too much iron — in some cases many times more than normal. Though most of the 1 in 5 people who carry such a variant don’t develop clinical hemochromatosis, many of them typically have excessive body iron.

Did you know that the average iron level of individuals living in countries such as the U.S. already far exceeds what’s necessary?

Are you prone to iron accumulation?

About half the US population carries at least one iron-related pathogenic variant: either a variant causing excessive iron accumulation in the body (at the most extreme levels, resulting in hemochromatosis), or a variant in the APOE gene, causing excessive iron transport to the central nervous system. In the rest of the world populations, the prevalence of at least one of these iron-related pathogenic variants occurs in 45{d9cf345e272ccae06ddf47bdd1d417e7fd8f81a9d196cc6ace4cb20fad8f4c22}-to 65{d9cf345e272ccae06ddf47bdd1d417e7fd8f81a9d196cc6ace4cb20fad8f4c22} of the population, depending on the geographic region. And that’s only counting the prevalence of pathogenic variants in just these two — of many — iron-related genes.

Yes! Everyone needs a sufficient amount of iron. It’s essential for life. Iron transports oxygen (in hemoglobin) to all parts of the body and has many other indispensable cellular functions. But any amount of iron above sufficient levels carries health risks. For example, humans absorb about 8–10{d9cf345e272ccae06ddf47bdd1d417e7fd8f81a9d196cc6ace4cb20fad8f4c22} of the iron in the foods they eat. Although many people associate anemia (red blood cell deficiency) with “iron-poor blood,” which some menstruating girls and women may experience, several types of anemia don’t involve iron deficiency at all. So obtain the advice of your doctor before taking supplements or increasing red meat consumption.

Avoid breakfast cereals and other processed foods high in iron 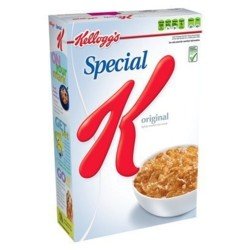 Estep said we should think twice about eating — or letting your children eat — processed foods high in iron, such as popular breakfast cereals. First, the US recommended daily allowance (USRDA) percentage for iron is designed for menstruating girls or women. For everyone else, even assuming no iron-related genetic variants, a healthy level of daily iron would be roughly half that percentage. Second, the USRDA for a particular cereal assumes you consume only 3/4 to 1 cup of cereal.

But, of course, this underestimates how much people normally consume when they eat a bowl of cereal. Keep this all in mind when checking out the nutrition facts on your favorite cereal.

Watch out for added iron even in plant based food

Estep also mentioned that added iron in any food above the level that is needed by humans is a real problem. So even plant based meat products may have added iron. This may include pea protein isolate iron found in many plant based processed mock meat products. 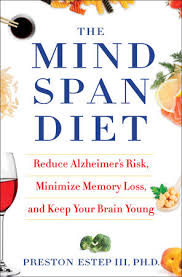 Taking a panel of specific blood tests is the only way to know definitively if you have excess iron explained Estep. ” One common test measures hemoglobin. However, the most important test is serum ferritin. Although a scandal in the 1990’s removed serum ferritin from the common blood testing panel, you can request it through healthcare providers.”

Men have higher levels of iron and this doesn’t mean it’s ok!

Estep added, “Though not covered by insurance, a serum ferritin test generally costs under $50 out-of-pocket. I believe current scientific evidence overwhelmingly suggests that the traditionally acceptable range of blood iron levels is too high. Furthermore, modern medicine has arbitrarily set a much higher definition of healthy iron levels in men than in women. Simply because men typically have higher iron levels doesn’t mean those levels are harmless.

– 10–40 nanograms of ferritin
-12 to 13 grams per deciliter of hemoglobin (although even lower hemoglobin is common in centenarians).”

Sequencing your entire DNA (Whole Genome Sequencing) can identify whether you have genetic variants, not only predisposing you to the harmful effects of iron, but to other clinically relevant health conditions. Depending on your genetic makeup, your physician may then recommend measures to reduce your risk of disease by adjusting your diet, lifestyle, and potentially, medications.

Iron overload refers to the gradual build-up of too much iron in the body. It is caused by the body’s regulatory system failing to keep iron levels within healthy limits. For most people, iron overload is not a concern. However, it is a problem for those who are genetically predisposed to excessive absorption of iron from the digestive tract.

Iron overload disorders have been linked with an increased risk of cancer. Studies also suggest that heme-iron may raise the risk of colon cancer.

Wed Nov 4 , 2020
By Serena GordonHealthDay Reporter (HealthDay) MONDAY, Oct. 26, 2020 (HealthDay Information) — Is your child out of the blue clamoring for a speedy food items meal or a sugary cereal you’ve hardly ever even heard of? He or she may have observed the product or service showcased on a favored […]